Everyone has regrets. If they say they don’t, it’s bullshit.

That one time you drank so much you threw up in some dude’s bathroom sink? If you don’t regret it, chances are good you’re still doing it.

I can’t tell you how many time I’ve heard someone say, “I don’t regret anything, because my mistakes made me who I am today.”

Well, who I am today has shitty eyebrows. Plucking the hell out of them starting at age 12? Yeah, I regret that. I can’t get that back.

I want Jennifer Connelly caterpillar brows and that ship has sailed. 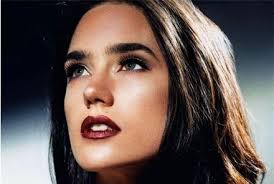 I regret using baby oil in my effort to transform into another ethnicity when I was in high school. I was dark and mysterious, and growing secret sunspots deep underneath that glowing tan.

Like a dormant “I told you so”, they’ve arrived to tell me that being WHITE was okay.

I regret getting a Journalism degree. I remember when one of my mother’s big wig Time Warner bosses warned me to stay out of the biz. I burst into tears after dinner and told my mom, “It’s too late! I’m a Junior in college!”

Bwooohahahaha. Too late? If only I could go back and bitch slap my former self and choose public relations instead.

Even better, I would go back and tell 8 year old me to get over the math mental block and start to really excel at science and computers.

I am fortunate none of my regrets landed me in handcuffs or with something that causes periodic “outbreaks.”

But, the regrets continue even today.

I regret that I wore flip flops recently to work and bit it on the stairs.

I regret just about any outfit I choose in the morning halfway through the day.

I am currently regretting growing my hair out. I successfully made it through the Patrick Swayze stage and have now entered the wet dog phase.

I regret putting my son in undies at his request last night. I was sopping up pee pee and stuffing Despicable Me minions and soggy shark slippers into the washing machine.

Now to the mother of all regrets.

I adore my children. They are my reason for being. I literally could not live without them. I wouldn’t trade them for anyone else’s children. Mine are exceptional. They are sunshine and laughter and all that is right with this messed up world.

That does not stop me from having brief moments of regret. I mostly regret being ill-equipped to handle the little bastards.

As they both sob in the backseat of the car during a dueling temper tantrum or when a battle over some crappy 99 cent toy from Target escalates to toddler fisticuffs, I genuinely question my ability to be a good parent.

I regret not having them younger, so maybe I could better handle their perpetual insanity.

I regret not having them older, when perhaps I would be better at letting things go.

I sometimes regret having them so close together. Double the diapers. Double the wailing. Double the daycare cost. As they get older, definitely double the trouble. 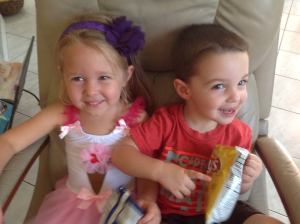 I will never regret having my children. But, that didn’t stop me from saying to my husband the other day, “I don’t think I want kids. What do I do now?” (A joke, of course. Kind of. Seriously, a joke.)

Talk about “No Backsies.”

No Safe Haven for the little boy you can’t seem to potty train.

No Indian giving with the little girl with the bad-ass, pre-teen attitude at 4 years old.

Thankfully, we waded through hell and high water to have these babies.

Otherwise, I might start to daydream about going all runaway bride the next time my daughter says, “I don’t like you anymore” because I told her she couldn’t wear her pink cupcake tutu to go to the park.