I wasn’t just a Kmart kid growing up. I was a thrift store kid. While my mom was shopping for clothes at the local “Kidney Store” in the ghetto in South St. Pete, I would be rewarded for good behavior with the thrift store goodie bag. It’s a plastic bag for a buck that’s crammed with stuffed animals with matted fur, plastic toys missing parts and the occasional plastic gator or frog for the swimming pool. 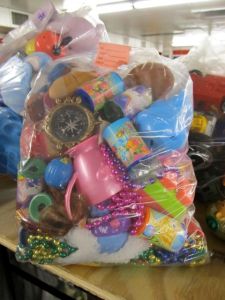 Not only did the thrift store have a particular smell, like that musty nursing home death smell, but so did the goodie bag. Should’ve poured bleach in the bag and given it a couple good shakes before playing with it. I guarantee one of the bonuses packed inside was the pox or the plague.

You would think it would make me appreciate the fact that my children have all new toys to play with. But, I am beginning to realize my kids don’t appreciate ANYTHING and neither do we. Toys are broken, discarded and tossed in the trash by the kids before I even notice they’re gone. Stuffed animals are loved passionately by my daughter for a few days before sitting unused in her closet for months.

My stuffed animals were loved until they were unrecognizable. A stuffed bunny would become a lump of brown fake animal flesh missing eyes. Gone are the days of horror story dolls missing limbs and beheaded Barbie Dolls. 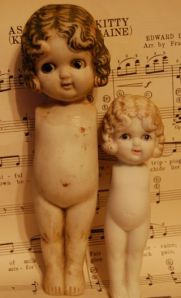 Our kids are spoiled with new, new, new.

Toss it in the garbage.

We’ll buy you a new one. 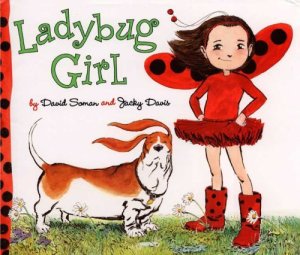 I spent big money buying the kids a “hunting cabin” for Christmas only to have my husband take it down within two days because it just “takes up too much room.” A hunting cabin. When we were kids, that was a picnic table covered with a sheet. We would sit underneath and play Michael Jackson’s “Beat it” on cassette tape for hours. 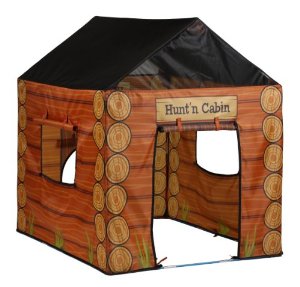 Wanna play banker? That just requires a handful of Monopoly money and dad’s calculator. Now? You need to buy a functioning cash register complete with coins and a conveyer belt for the fake boxes of cereal and canned goods.

Don’t have a Slip ‘N Slide? As children, we would take our busted pool floats and tape them together and stick the water hose on it and BINGO, Slip ‘N Slide. 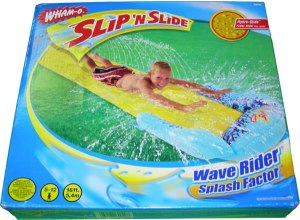 Don’t even get me started on birthday parties. For our birthdays growing up, we would get to choose what meal we wanted for dinner. (at home) My mother would bake our birthday cake and we would sit down as a family of 5 and get a grand total of maybe 10 presents, half of which would inevitably be clothing.

Now, you’re expected to throw a massive bash for your toddler with all of the dozens of “friends” they don’t really have and rent a bouncy house complete with a water slide. The kids get an enormous Publix birthday cake decorated with a bunch of gaudy crap for whatever “theme” you choose. There was no “theme” when I was a kid. The theme was, “it’s your Goddamn birthday, here’s some presents and you can daydream about balloons because those things cost money and take too much time. Hop in the above-ground pool after cake and go to bed.”

And it was a great day. Every birthday. Because I spent it with my family and it was all about me. It had nothing to do with the amount of money spent. There was no trip to Disney. And you appreciated every single eyeless, limbless, matted and treasured toy in your closet.

Maybe I should give my kids a Thrift Store goodie bag and see how many minutes before everything inside ends up in the garbage. Then, I’ll scream at them, “That cost a whole dollar and came with a rare infectious disease from a previous century!!!”